This book all began really when I was at the Mall in the food court.  I was standing in line wanting to witness to the guy in front of me, but I didn’t know what to say.  Have you ever been there?  I felt dumb because I had been to Bible school and still was not confident in my ability to share the gospel.  I even went through Evangelism Explosion, but at the Mall there were no doors to knock on and people were everywhere.  Sigh.  So I prayed:  “God, I want to witness, but what do I say?”   God answered my prayer.   I saw the Subway sign and God revealed to me my first icebreaker revelation:

“This subway reminds me of how Jesus is the way and He was the perfect sub for my sins when He died in my place on the cross.”

I was so excited at this wonderful new icebreaker.  I used it that day at the mall, but the Subway employee at the counter was already a Christian.  However later at another Subway restaurant, I used this object evangelism icebreaker again with another employee. The young man had just gotten his tongue pierced that day. I don’t know if that had anything to do with it, but he was open to listen to me share. After I said the icebreaker, we talked a bit more and then he repeated a salvation prayer after me and gave his heart to the Lord!   I was amazed at how easy it was!   So this is really how my journey began.  I really am a busy person and do not have time to “go witnessing” and go door to door, but I CAN witness wherever I go, if I will just be confident and use an icebreaker to get started and then be led by the spirit as I listen to their response.  You can do the same!

Presently I work at Liberty University Online as a New Enrollment Specialist.  We have over 400 online programs to choose from to get your degree and use it to glorify God and be salt and light in the world.   I encourage you to call and enroll today.

8, my husband David and I moved to  Lynchburg,  VA  so that he could go to Liberty University and finish his BS in Theological Studies degree that he started online.  he got an A in his Daniel/revelation class and He also got an A in English 101.  He is doing great!  We are now much closer to family that live in Charlotte, NC, and Akron, OH.   David and I have gotten settled here and are enjoying life in Lynchburg, VA.

EDUCATION –  If I simply share with you all of the  “Bible education” I have had, you may think, “Well, of course, she can witness to the lost.  Look at all of the Bible schools she has been to! ”  But  I want you to know it did not really happen that way.  My “Bible School” for this book started at the Mall and the Holy Spirit became my teacher as He gave me the object evangelism icebreakers to help me segue conversations into the gospel as I shopped around the Mall.   So if you can go shopping at the Mall, then you can witness to the lost!   It is that easy.

Just so you know, I  did graduate from the University of North Carolina at Chapel Hill with a B.A. double majoring in Psychology and Political Science in 1992.   I am so super proud of the Tarheels basketball team for winning the NCAA in 2017!!  Go Heels!

Then I graduated from four Bible Schools as well:

I graduated from RHEMA Bible Training College in 1995.  My secnd year I was in the Teacher’s group. Bro Hagin prophesied this school would come into existence, but it was actually his son, Kenneth Hagin Jr who brought it to pass.  He really founded it in 1973.   I was thankful that I had Bro Kenneth  Hagin for two classes and I had Rev Keith Moore for 8 classes .  Those were the days!

I graduated from Victory World Missions Training Center in August 1996.  I went to the only summer session they had.  Our mission trip was in Guatemala.  The ministry we did was wide ranging from school, to the jungle to a prison.  I know Spanish ( took 8 years in school) and so I really had a lot of fun.

Then I went to Church On the Move School of Ministry where I took 11 classes in children’s and youth ministry.  Jim Wideman and Rod Baker were my instructors for children’s ministry. I  learned how to do puppet ministry and object lessons for children and all about bus ministry too.  I also took classes on how to minister to and how to relate to the Youth.  Blaine Bartel who hosted “Fire by Night” was my teacher for the youth classes. I did not really want to go to another school, but in September 1998, God commanded me to go to the Prophetic Age Ministry Institute.  I had to obey Him.  Here I learned all about my prophetic gift and prophesying in general.  You see,  in 1997, God graced me with a singing prophetic gift where I can easily sing prophetic words over people.  I have prophesied over hundreds of people over the years, even famous people like Governor Mary Fallin, twice.  I believe that my prophetic gift God gave me is the most special thing about me.  If you see me in person and want a prophetic word, just ask me and I will pray and prophesy as the Lord wills.  And He usually does!  He loves to talk to and encourage, comfort and edify His people!  Here are  several testimonies about my prophetic gift.

Because my husband David is in the Army reserves and has a heart for soldiers, we are volunteering  at and involved in a community of veterans at Providence Veterans Farm whose mission is to help soldiers overcome PTSD with a faith-based, Christ-centered curriculum call

ed “Reboot Combat Recovery.” I highly recommend it for anyone who has served in the Armed Forces.  It helps soldiers see their past military experiences through the light of God’s Word giving them the tools they need to forgive and find peace with God, deliverance from fear and shame, and receiving God’s love and grace knowing who they are in Christ.

I was a full-time prayer partner and Assistant Supervisor at Oral Roberts Ministries at the Abundant Life Prayer Group and I worked there from 2004 until July 2018. There was a lot of spiritual warfare.  I felt like a real soldier on the front lines in the Army of the Lord, but it was rewarding and a joy.

I am ordained by John G. Lake Ministries  See:  www.jglm.org.     Rev. Curry Blake and his wife Dawn Blake have heard me prophesy many times and approve of and verify my singing prophetic gift as accurate and pure words from the Lord.  So that is why I chose to be ordained by them.  They are very special people.  Rev. Curry Blake is highly anointed with a gift for healing.

I have been on mission trips to:  Nicaragua, Guatemala, Sierra Leone, Liberia, Jamaica and Pakistan and hope to go to more nations as well.   I am praying that this book will help bring in a huge harvest of souls before Jesus comes again. In June 2014, Susan Mulford married David Nazarewicz, a wonderful man of God and thus, changed her name to Susan Nazarewicz.   I am so thankful to be married to this man.  Every Thoursday we go an minister at John 3:16 Mission.  I sing a praise and worship song (that he chooses) and he preaches the Word of God for about 15 minutes before we give out the free groceries.  I can honestly say he is a great preacher/ teacher of the Word.     He is also very funny.   He makes me laugh a lot.   He is an E-7 in the Army Reserves and a master chef and a handy man as well.  He can fix anything.  He recently passed the big Oklahoma State test to sell Life and Health insurance.  He is very smart on financial matters as well and is qualified to be a Dave Ramsey instructor.  See:  About David

We do not have any children, so we are sold out to God to witness to the lost to make “spiritual children” or  to  “bear fruit” for God in winning many souls into His Kingdom!

We also have an online church called Pearl Family Church at:   www.pearlfamilychurch.com 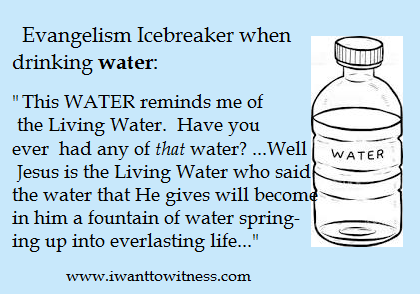